It’s become a tradition at VPLP Design to release a new concept boat during the Monaco Yacht Show, the international show dedicated to superyachts, and this year is no different! For the 2022 edition (28 September – 1 October) VPLP is proud to present Aperio, a forty-six-metre catamaran which features two very different configurations depending on whether she’s sailing or at moorings. Let’s take a closer look.

Aperio – from the Latin “to reveal” – is a sailing yacht inspired by the notions of duality and metamorphosis. Carrying a pair of 40-metre-high wingsails, she is a 151’ catamaran created by several architects and designers at VPLP Design in collaboration with Patrick le Quément, a reference in the design world with whom VPLP has been working for over a decade. What makes Aperio distinct is her ability to take on two very different appearances, one when sailing, the other at anchor. “At sea, the boat’s powerful physique expresses her desire for motion. She is very sculptural. The marvellous fluidity of the manta ray was the main influence for her design,” says Patrick le Quément.

“Aperio is as elegant as she is fast,” says Yann Prummel, VPLP designer whose notable contributions include, in addition to this latest yacht, the firm’s previous concept boat, Seaffinity, which went on display at Monaco last year. We don’t want Aperio to impose herself on the natural world, but instead we want her to be coherent with her environment. She has a very pure silhouette. Her lines, sometimes marked, sometimes blurred, constitute a bridge between a natural, biological world and one that is purely technical.”

“Expressing the art of metamorphosis”

Once arrived at her destination, Aperio reveals another facet of her design: she unfolds to become a veritable holiday home. “We wanted to express the art of metamorphosis. The boat has two ways of expressing herself, both being equally effective,” says Patrick le Quément. “At moorings, you discover a completely new boat,” says Yann Prummel. Aperio extends extra living areas from each side, her structure spreading into a much larger space for better accommodating the people aboard. In the stern, a mobile platform can be lowered to create a comfortable gangway linking the two hulls just a few centimetres above the surface of the sea. We designed it to be a sort of Venetian bridge which provides access to the sterns and the upper deck.”

The central space is used innovatively: the open flush deck provides a very bright and spacious living area. Four cabins are isolated from each other but remain connected through this sizeable artery.

What is VPLP Design’s goal in developing this new concept boat? “It’s very important for us to show how innovation is a constant factor at the heart of our way of doing things, and to present original ideas. With each concept boat we try to push back the boundaries, break down the barriers, and imagine the future of sailing. This boat is a dream but she is nevertheless technically possible,” says Yann Prummel. “This boat leverages all the skill sets within the firm and opens new avenues that we would like to pursue for a production boat or a special order,” says Patrick le Quément.

Aperio is designed to accommodate up to ten people aboard, as well as five crew members. Who would be interested in a yacht like this? Yann Prummel sees her as “a boat for sharing, where several families embark together. Installing a coworking space was an important consideration for us, because it allows the boat to be used as a workplace.”

For many years VPLP Design has been working on decarbonizing merchant shipping and now the firm is applying the mantra “light is green” to the cruising world. Let’s take a closer look.

A RORO vessel powered by wingsails (Canopée which transports parts for the Ariane rocket), foiling passenger ferries (Fast Foiling Ferry), the catamaran We Explore partially built with flax fibres… Over the last few years VPLP Design has developed numerous projects that have environmental considerations at their very heart. It’s an approach that the firm also applies to its cruising business through the concept of “light is green”, suggested by Xavier Desmarest, cofounder of the Grand Large Group which builds Outremers and Gunboats.

“This idea comes from the various discussions we’ve had with certain customers, both manufacturers and private individuals, who asked us to help them tackle the issues linked to climate warming and the environment,” says Marc Van Peteghem, cofounder of VPLP Design. “If you have a boat that can sail at more or less the speed of the wind, you’re going to kill the engine when the wind is blowing at 6 knots and use your sails.If you need more than 10–12 knots to get going, then you’re going to use your engine more often.And in certain parts of the Mediterranean, especially in summer, that’s going to be a lot more often. Your average engine time can leap from 20% to 70%, which is huge!”

This is the origin of VPLP’s response to customers wanting to build lighter boats. “There are two ways of building lighter: either you make everything out of carbon, which isn’t exactly environmentally friendly, or you think in terms of sobriety,” says Marc Van Peteghem.“This concept of ‘light is green’ encourages us to reflect generally on what family cruising really means. It isn’t about being Spartan, but we could look again at the architecture to make lighter boats that can use their sails more, couldn’t we?

What practical solutions could lighten, for example, cruising catamarans? “The answers vary from customer to customer, obviously, as we adapt our solutions depending on their needs and how the live on board,” says Mathias Maurios, coordinator of the VPLP Design’s cruising division.“To some, we can suggest looking into natural ventilation, the best way to circulate airflows via openings in the structure, instead of mechanical air conditioning which adds weight because it needs a generating set.To others, we can suggest limiting air-con to the cabins.For those who wish to reduce weight further, they can always choose to replace ceiling panels with fabric lining.”

Ideas aren’t in short supply among VPLP architects. They are always ready with solutions for the growing number of customers who are putting environmental considerations at the top of their wish list. “There is a clear sense that attitudes are changing, that our customers are becoming more and more aware of the issues,” says Mathias Maurios.

CANOPÉE. The Canopée project to transport modules of the Ariane 6 rocket from Europe to French Guiana achieved a major milestone on 28 June with the launch of the RORO vessel’s hull in Poland, where it was built (at the Partners yard). From there, it was moved to the Netherlands where it will be fitted out at the Neptune Marine yard. VPLP Design drew the plans for ship which will be powered in part by Oceanwings, the latter initially developed by the firm. Canopée is expected to enter service at the end of the year

IMOCA. Launched on 19 July in Lorient, Malizia SeaExplorer, Boris Herrmann’s new VPLP-designed IMOCA was named on 6 September in Hamburg in front of several thousand people. Back in Brittany, Hermann took part in the 48-hour crewed event of the Défi Azimut-Lorient Agglomération along with three other boats scheduled to run The Ocean Race starting in January 2023. Malizia SeaExplorer came in third place. “I’m very happy,” said Boris Herrmann. “The boat seems to have a lot of potential, so it’s up to us, the crew, to fulfil that potential.It’s a huge success for the team to have such a reliable boat so soon after her launch.”Elsewhere in the Défi Azimut, Swiss skipper Justine Mettraux made a great debut on Teamwork, formerly Charal 1 designed by VPLP, finishing sixth out of twenty-four in the solo event.

ECO SAILING DESIGN. VPLP Design is one of eleven companies taking part in the three-year collaborative project Eco Sailing Design, launched in late June under the aegis of Brittany Council. The goal is to include these companies in a research and development programme to produce new ecodesign tools.

AVENIR. Late June saw the presentation of the plans for the ship Avenir in Marseilles by the non-profit organization Perou. Marc Van Peteghem and VPLP Design worked on the design of this 67-metre catamaran which includes a hospital. The aim is to launch the boat in 2024. She will carry out life-saving work in the Mediterranean.

ROUTE DU RHUM. The 2022 edition of the Route du Rhum-Destination Guadeloupe is turning out to be an exceptional event with a record 138 solo skippers taking the starting line on 6 November off Saint-Malo. To mark the event, a special VPLP Design newsletter will be released on 24 October, the day before the official opening of the festival village! 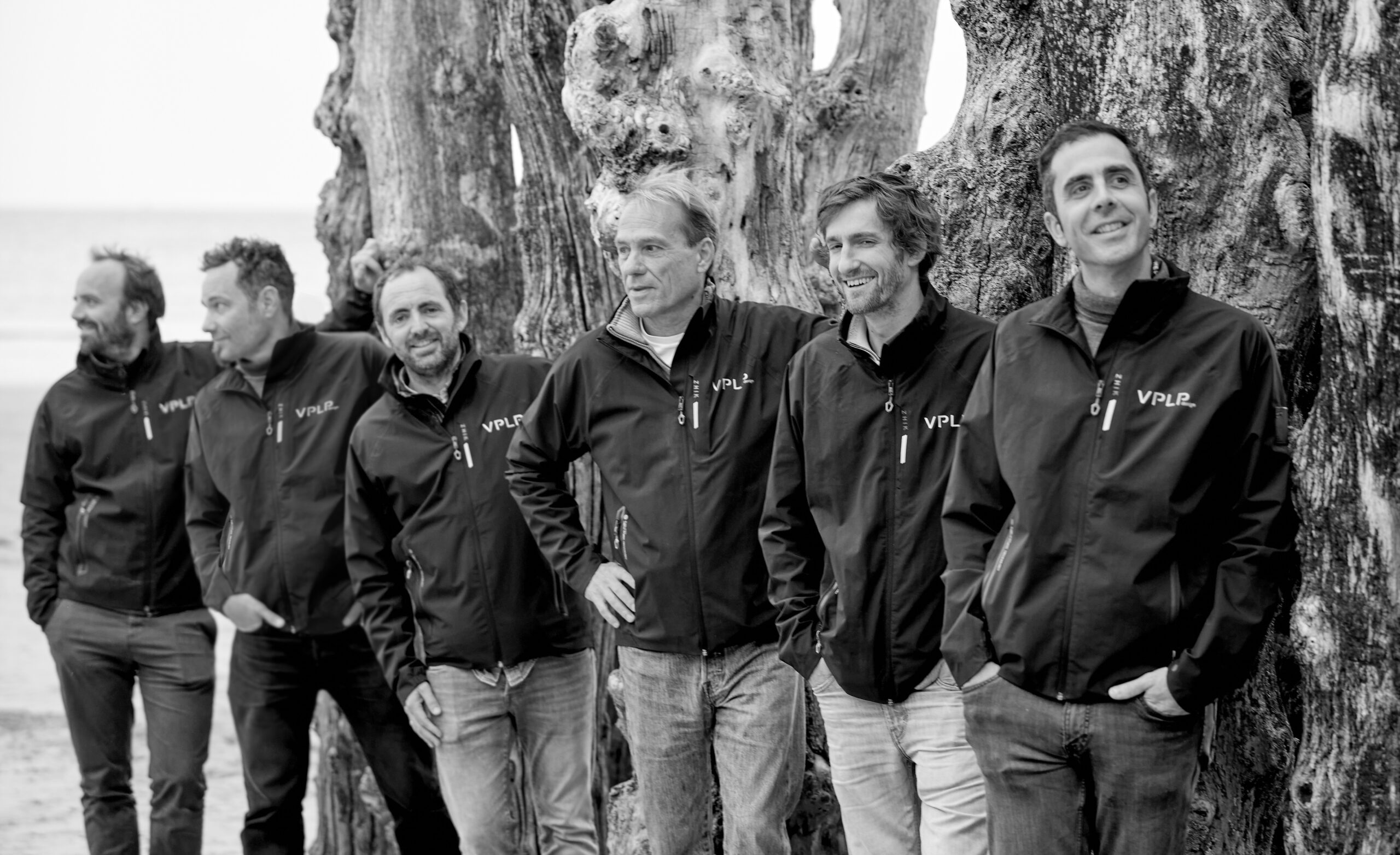 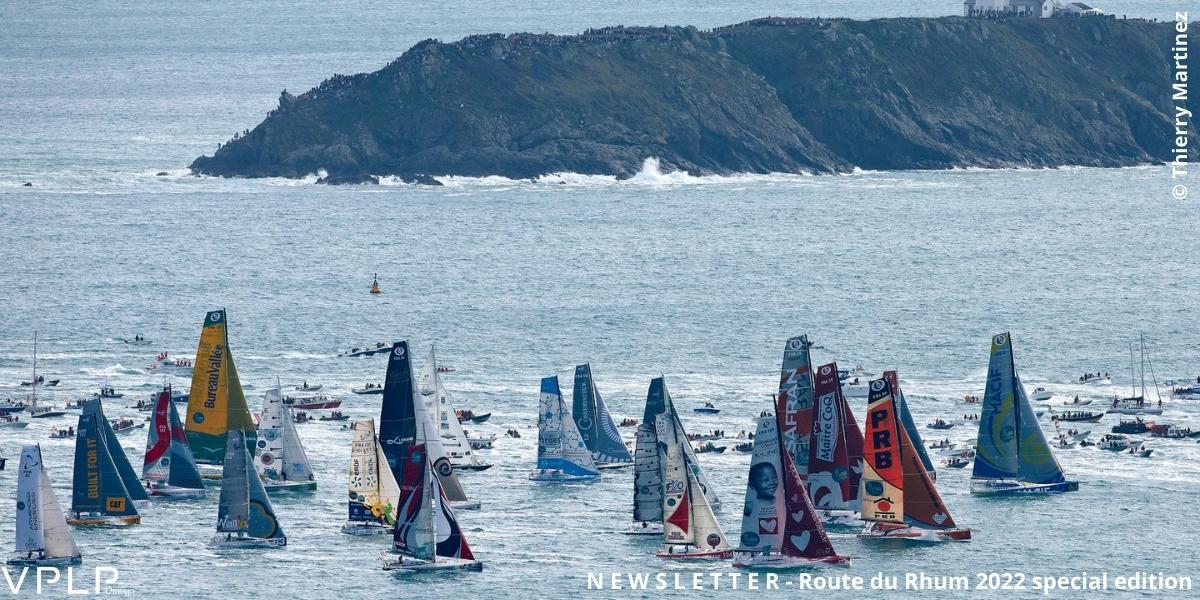