It’s now a firmly established tradition at the Monaco Yacht Show, the international superyacht show, for VPLP Design to present a new concept. At this year’s show, which has just finished, we unveiled Seaffinity, a streamlined concept trimaran which embodies our vision for the superyacht of the future. Silent, partially automated and powered by the wind, Seaffinity features two Oceanwings, those automated and reefable soft wingsails designed by VPLP and currently developed by the company Ayro.

This multihull is, according to the keywords chosen to guide the project, “daring, symbolic and soaring”. She’s the new addition to the line of concept boats released in recent years by VPLP Design, including Manifesto, Evidence, Komorebi and Ampersand. Together, they represent our stance on questions of naval architecture and the environment.

“The first concept we released was Manifesto, a name we didn’t choose at random, insofar as we wanted her to be a veritable statement of intent on our part,” says Mathias Maurios, head of VPLP’s Yachting Division. “We wanted to offer an alternative to those catamarans that look like layer cakes and seem to stand between the sailor and his element. Our goal was quite the opposite, that the boat should integrate itself into its environment, hence the choice of a wider beam to make for a more stable yacht which is closer to the water, with plenty of natural ventilation and light.”

Seaffinity is the latest demonstration of the VPLP’s values, and an opportunity to undertake a company-wide discussion on the naval architecture of tomorrow. “Seaffinity is a clear indication of our determination to exceed expectations and promote our collective creativity,” says Mathias Maurios. “We are often asked about the pertinence of our strategy to publish concept boats, and we always reply that they are an ideal way of moving beyond the projects in development at the firm. This approach allows us to discuss among ourselves the direction vessel design seems to be taking in a world facing multiple environmental issues.”

As with other concepts developed by VPLP Design, Seaffinity benefited from input from Patrick le Quément, a designer who has been bringing to the world of recreational sailing his experience in producing concept cars for industry giants such as Renault. “We are always delighted to get feedback from the market,” says Patrick le Quément, “but we also believe that we should ‘listen from a distance’. If we only act in accordance with wishes of our customers, we risk adopting a ‘me too’ approach which would prevent us from exploring inspirational concepts. Concept boats are a breeding ground for new ideas. Seaffinity will be, without question, a rich source of innovation for our projects in the years to come.” 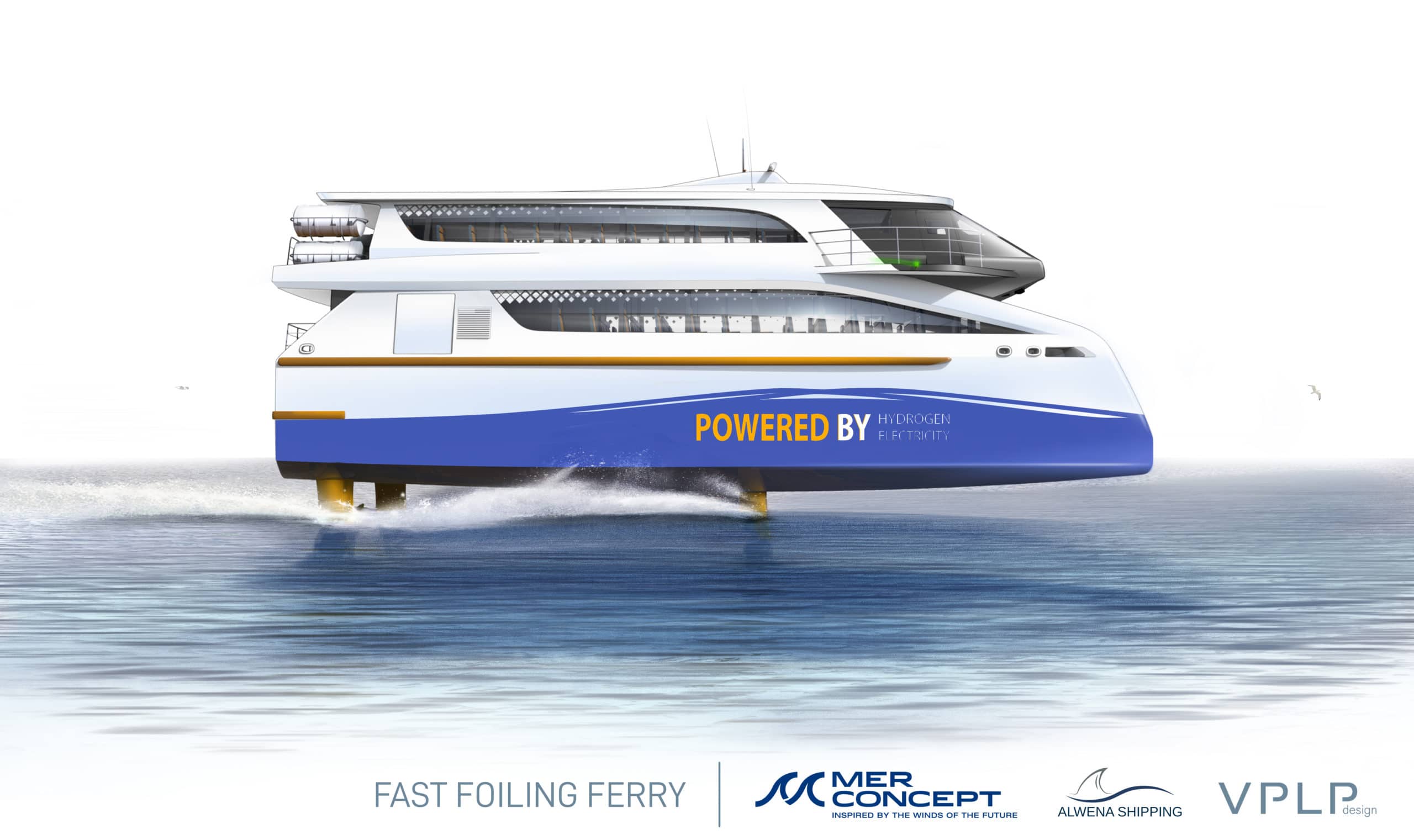