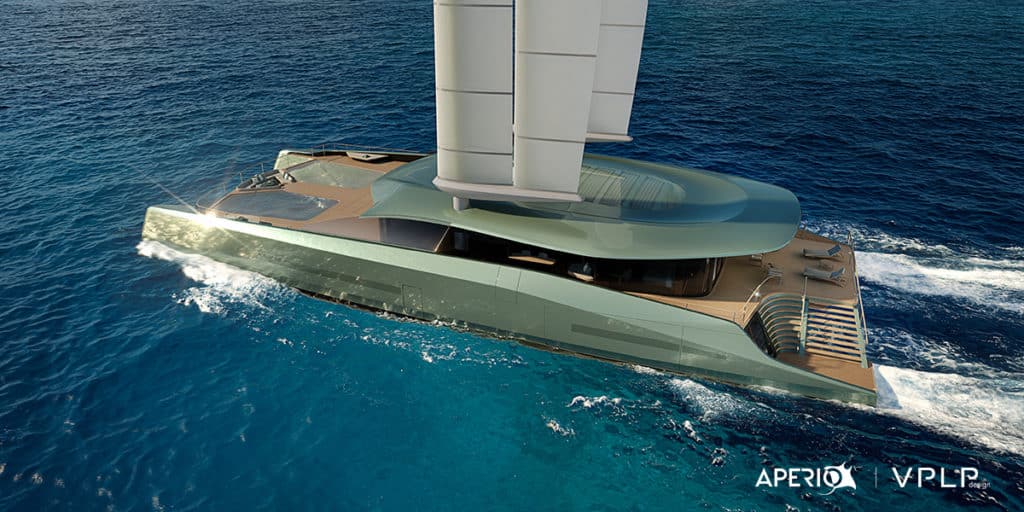 APERIO, THE LATEST CONCEPT BOAT BY VPLP DESIGN It’s become a tradition at VPLP Design to release a new concept boat during the Monaco Yacht Show, the international show dedicated to superyachts, and this year is no different! For the 2022 edition (28 September – 1 October) VPLP is proud to present Aperio, a forty-six-metre catamaran which features two […] 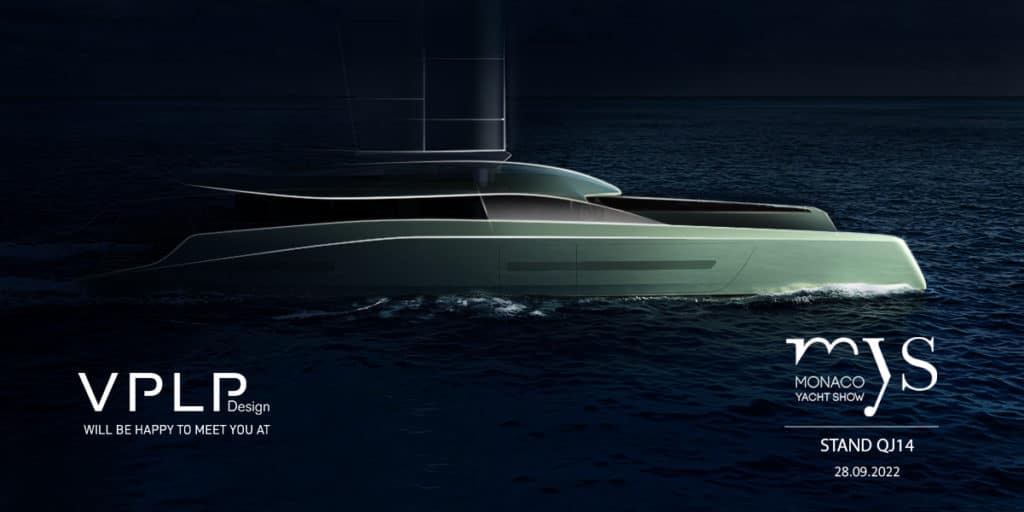 The Fast Foiling Ferry or F3 (pronounced “F Cube”) is the fruit of a technical and commercial partnership between Alwena Shipping, MerConcept and VPLP Design. It’s an innovative ship concept which lays the groundwork for achieving energy transition in the sea transportation sector.The F3 was originally developed in 2020 as a versatile 30 m catamaran for […]

We met Hervé when he was working as a structural engineer at ACX in Brest. It quickly became apparent during our many discussions and brain-storming sessions that his plan to set up his own business was a very sound idea. That decision was taken in the 1980s in front of Montparnasse train station in Paris, […]

Explore the future with <br> the Fast Foiling Ferry!

MerConcept + VPLP Design + Alwena Shipping Unveiled in early 2020 by VPLP Design in collaboration with Alwena Shipping, the Fast Foiling Ferry is an innovative take on the hydrofoil concept and a significant development in the transition towards sustainable sea transportation leveraging renewable energies. With MerConcept joining the project in the autumn of 2021, […]

The Outremer 55 has been voted European Yacht of the Year 2022 in the Bluewater Cruisers category. It is the most important prize in the nautical industry, awarded by twelve of Europe’s leading nautical magazines, including Voiles & Voiliers in France, YACHT in Germany, Yachting World in the United Kingdom. This project is the achievement […]

PW50, the latest Ocean Fifty renamed today as Ciela Village, afforded VPLP Design the opportunity to test its new structural design tools using the finite element method. This is a key investment, enabling the firm to be more imaginative and incisive in the preliminary design stage. Nicolas Baral, head of structures, and engineering coordinator Xavier Guisnel talk us through the […]

Launched on 27 April after a two-year build at CDK Technologies, the Maxi Banque Populaire XI impresses with carefully crafted aerodynamics and significantly larger foils. Based on Banque Populaire IX, Armel Le Cléac’h’s latest Ultim rises more easily but is also heavier… Xavier Guilbaud, naval architect in charge of the project at VPLP Design, walks us through this paradox. With only three years separating them, it’s difficult not […]