Aperio – from the Latin “to reveal” – is a ship of two facets. Under sail, she is an outstanding yacht which, upon arrival at her destination, changes into an expansive haven of peace.

Roland Jourdain’s We Explore catamaran is an Outremer 5X adapted by the teams of Kaïros Environnement, the Outremer shipyard and the VPLP Design agency to incorporate as many biomaterials as possible into its construction. In particular, the bridge is the largest linen piece ever made to date. The interior fittings have also been reduced to […]

The Fast Foiling Ferry or F3 (pronounced “F Cube”) is the fruit of a technical and commercial partnership between Alwena Shipping, MerConcept and VPLP Design. It’s an innovative ship concept which lays the groundwork for achieving energy transition in the sea transportation sector This initial version is a versatile 30 m catamaran for transporting passengers and comes in two […]

The Fast Foiling Ferry or F3 (pronounced “F Cube”) is the fruit of a technical and commercial partnership between Alwena Shipping, MerConcept and VPLP Design. It’s an innovative ship concept which lays the groundwork for achieving energy transition in the sea transportation sector This new version is a 24 m catamaran designed for urban passenger transport. […]

This flying catamaran features two electric motors, a single foil and two elevator rudders. Developed for MerConcept, she is 12 m long, 5 m in the beam and has an operating range of 90 nautical miles at a cruising speed of 22 knots. Her carbon-fibre floats were inspired by the trimaran SVR Lazartigue. A veritable […]

Hugo Boss (version 2019) then Hublot. Alex Thomson’s latest Hugo Boss was designed with no lesser objective in mind than the 2020 Vendée Globe. Developed from the 2015 Hugo Boss – second in the 2016 Vendée Globe – and Charal, she is the result of bold choices made by Alex Thomson, drawing on his experience […]

Macif 101 then SVR Lazartigue Successor to Macif 100, M101 was renamed SVR-Lazartigue at her launch on 22 July 2021. She embodies everything that VPLP has learned about the design of Ultim trimarans, expertise leveraged by François Gabart and his team MerConcept in their endeavour to build a boat capable of flying over the ocean for […] 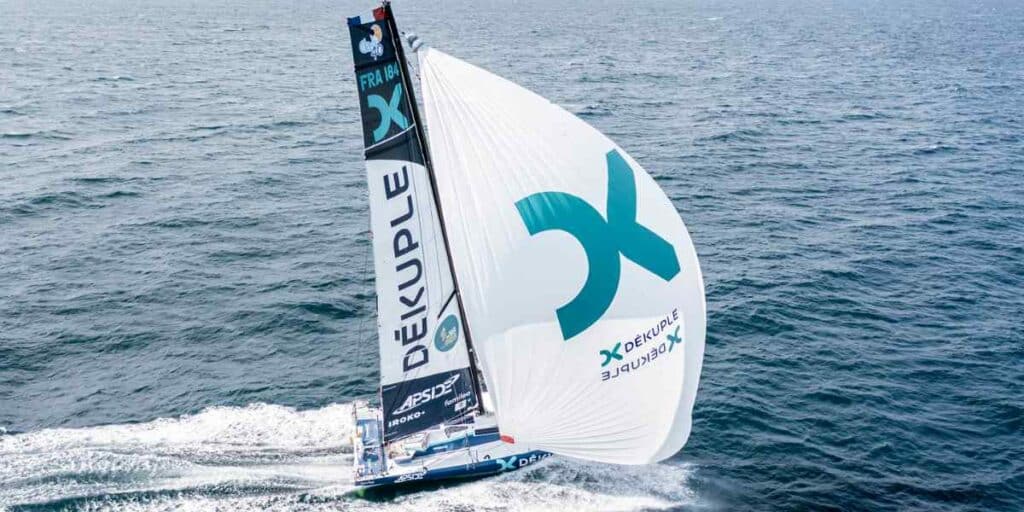 In late 2020, in collaboration with the Multiplast yard, VPLP ventured into the Class40 universe for the very first time. “We had been interested in this class for quite a while,” says Vincent Lauriot-Prévost, “but hadn’t quite found a suitable opening. This all changed when we saw the scows enter the fray and display significantly […]